Cheapism How to Prepare for Working Past Retirement

The Muse How to Answer “What Is Your Work Style?” in an Interview (Plus Examples!)

The Muse How Do You Choose A Hobby To Talk About.

Money Magazine: How to Convince Your Boss to Let You Work From Home Forever

Thrive – Teach and mentor them to respond

LifeHacker – 3 things you should negotiate at work besides your salary

NBC News –Laid off just in time for the holidays? Here’s how to cope

Yahoo – 9 ways to be less busy all the time

Marketwatch – How to give someone a better career for Christmas

Healthline.com – 9 Ways to Motivate Yourself to Work When You’re Struggling Mentally

Dice.com – Thinking of a Career Upgrade? Look Within Your Company- July 24, 2019

KnewMoney.com – Recent Grad? How To Stand Out When Applying To Entry-Level Jobs, June 28, 2018

LifeHacker.com –Three Things You Should Negotiate At Work Besides Your Salary, February 14, 2018

Monster.com –What to expect at the second interview, January 2018

MarketWatch.com – Here’s what NOT to do if, like Hoda Kotb, you get a big promotion, January 2, 2018

MarketWatch.com – What you can learn from Omarosa’s dramatic departure from the White House, December 16, 2017

Moneyish.com – Here’s when to pull a Gal Gadot and stand up to your employer, November 13, 2017

Moneyish.com – Here’s when to gun for a promotion – and when to stay put at your current job, September 2017

Moneyish.com – When should you discipline a subordinate?, September 2017

MarketWatch.com – This is how to find a job if your last one only lasted a few months (or days), August 4, 2017

Bustle.com – 27 Questions Every Grown Ass Woman Needs To Be Asking Herself, July 2017

MarketWatch.com – Take these actions now if you fear robots are coming for your job, June 6, 2017

FindTheRightJob.com – What Younger Employees Should Know About Older Staffers, October 21, 2014

BusinessInsider.com – How To Stand Out When You’re Surrounded By Extroverts, June 24, 2014

WinstonBenefits.com – Benefits Communication for Millennials: What Every Employer Needs to Know, May 27th, 2014

LifeHacker.com – “Five Things You Should Negotiate at Work Besides Your Salary“, March 6, 2014

FastCompany.com – Beyond Your Paycheck: 5 Things to Negotiate at Work, March 3, 2014

Bankrate.com – How To Make A Midlife Career Change, January 2014

Yahoo! Education – Exciting Health Careers You Can Switch To, September 9, 2013

Yahoo! Education – Degrees You Can Earn While Keeping A Busy Schedule, June 11, 2013

NurseZone.com – Tactics for Getting Hired, from New Nurses to Seasoned RNs, April 16, 2013

FindTheRightJob.com – Need a Job? Get Off Your Butt and Get Out There, February, 2013

TIME Magazine – “A New Job for Christmas? Why The Holidays Can Be a Great Time to Look for Work”, December 19, 2011

The Levo League -“Just Say No: How “Yes” Could Be Hurting You Professionally”,December 19, 2011

The Levo League – “When a Close Colleague Receives a Raise or Promotion, and You Don’t”, November 14, 2011

Quoted in TIME Moneyland – “I’m Unemployed and I Want to Start My Own Business“, September 6, 2011

Quoted in New York Metro. “A clear message can save your office ego”, October 4, 2010

Quoted in Kitsapsun.com, “Can An Online Degree Help Advance your Career?”

Quoted in Monster.com Article, “Are You Thinking About Contract or Part-Time Work as a Stopgap?“

Quoted in Time Out New York August 2009- “Get A Better Job” issue
“Start by creating a portfolio career with multiple part-time jobs in the field. Career Counselor Lynn Berger calls it a win-win. You get tryout experience which employers like, she says, “but you don’t lock yourself in.”

Quoted in The New York Post, Strike Out Zone.-Saving Your Self Esteem, May 4, 2009

Quoted in 2009 Advance for Healthcare Careers, “Impressing Your Boss“

“Find the job that is your true passion” – The Record, from the North Jersey Media Group, December 2, 2007

Quintcareers.com – Volunteering Can Open Doors to a New Career, July 2007

Quoted in the Tribune Network Newspapers which include Newsday, The L.A. Times and Chicago Tribune on November 30, 2003 -“Winning the Battle of Nerves-Job Seekers Should Show Confidence.”

Mademoiselle – Is Your Boss Holding You Back?, February 2000

Washington Post – From Job to Lifework: Finding the Path

Mentioned in Money Magazine – “Talk Your Way to a Shorter Workweek.”

Quoted in MyPrimeTime.com – “Career-Prep Your Kids”
Quoted in Wall Street Journal
Quoted in NewsDay.com
Quoted in BusinessWeek.com
Quoted in New York Daily News
Quoted on BlackMBAMagazine.com
“Confident workers are more likely to initiate-and finish-projects outside their job’s delineated duties. Such motivation is critical to a career boost, says Lynn Berger, a New York career coach. “Show the extra edge,” she advises. Project to your employer that you’re motivated, out there, trying and wanting more!” Monthly Broadcast Contributor – MomsRefuge.com 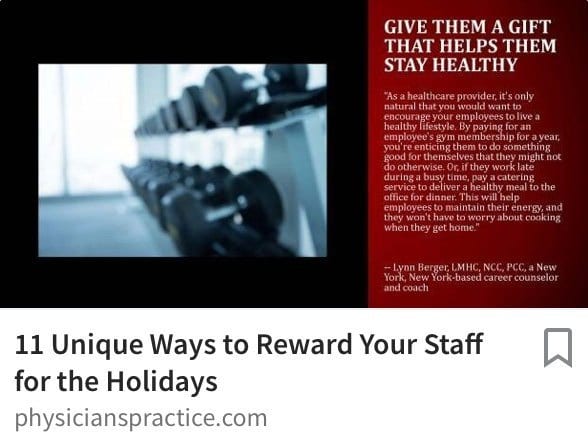 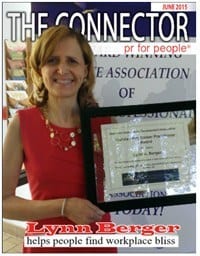 June 2015 -Lynn was featured on the cover of The Connector Magazine.
The article was entitled, Lynn Berger: Finding the Right Fit for Life and Work.

Uproxx.com – An Australian Woman Reminds Us That It’s Time To Step Up Our Résumé Game, June 29, 2016

PolicyGenius.com – How to talk politics at work, March 2016

Diversity Woman Magazine – Am I A Bad Parent If Travel Without My Kids?, Winter 2016

The Muse – This is How You Name Drop in an Interview

Helpline Center – Volunteering can pay off in your job, November 23, 2015

The Rheumatologist – Tips on Offering Constructive Criticism to Employees, October 14, 2015

Career Counseling Articles Written By Lynn Berger, NY Career Coach and Articles In Print & Online Where Lynn Has Been Quoted

The 8 Best Books for Career Advice, According to Executive Coaches, Published in New York Magazine Dec. 7, 2018, By Maxine Builder.

Why You Should Take Time to Mourn During Career Transitions, Grief is common when you leave a job you love, Published in The New York Times, Aug. 23, 2018, By Kimberly Lawson.

Gaps in Employment: Don’t Feel the Need to Apologize, Published in The Low Down, Columbia University, June 2018.

5 Stress Reducers for Work and Life, Published in The The Low Down, Columbia University, February 2018.

The Benefits to Volunteering During a Career Transition, Published in The Low Down, Columbia University, October 26, 2017

How to help your grad face a tough job market, Published on CBSNews.com, July 20, 2011

Columbia Alumni Career Coaches Network, February 1, 2016
How Can You Overcome a Career Slump?

Appeared in The Parents League Review 2002-
Parenthood and Career: Thinking About The Choices

Hope you and your loved ones are staying safe and healthy.

During this time I am offering remote services as this may be a time for reflection and re/evaluation of your career and priorities.